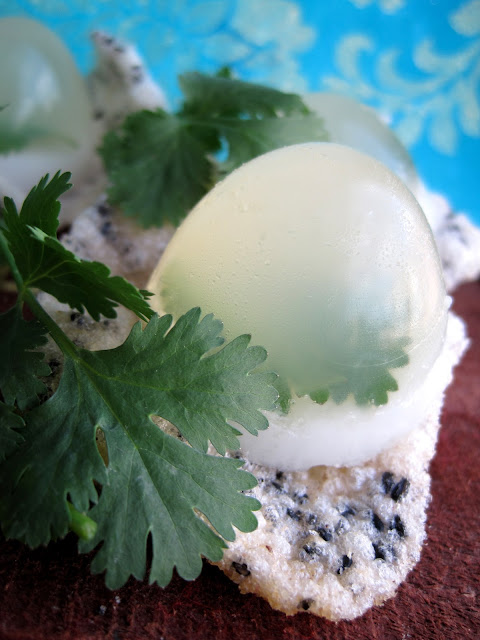 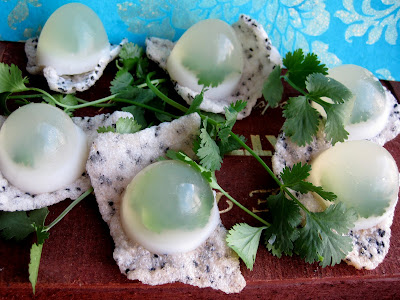 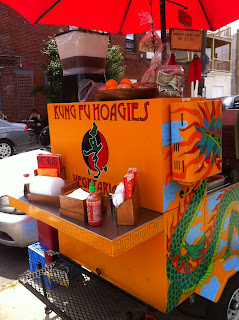 Nobody loves a Vietnamese hoagie more than Mi. The thing I was most excited about to South Philly from Fishtown was the availability of Banh Mi sandwiches. These jello shots are inspired by the spicy, cilantro sandwiches (warm baguettes eaten separately).

We infused white rum with fresh jalapenos, which are so potent we only steeped it for about an hour. We actually used a little extra agave in the lime cilantro lime layer (the top of the domes) to curb the 'heat' of the rum.  The coconut cream is very sweet out of the bottle, so it mixed well with the savory liquor. 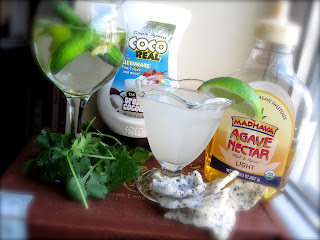